There is no good nor evil in nature, there is only adaptation.

"Nature is reckless of the individual." -Ralph Waldo Emerson

The agave plant is a beautiful species that inhabits most of the deserts of the southwest United States, much of Mexico, and South America. Man has transported many species around the world and they have adapted to many different climates. It is a very useful plant in that its fibers can be used for cloth, sweet syrups can be made from the blooms, and the famous liquor Mescal is made from the heart of the plant. Agaves are not related in any way to the aloe. They are most closely related to the yucca and are not a cactus.

A neighbor has recently given me a tiny agave. She received one in a plant exchange they had at her school. It is definitely in very sad shape and needs some TLC. I am in the process of giving it enough water to sustain it through the planting process.

Agaves, especially the A. Americana, are probably the most dangerous desert plant you can find. The leaves have an extremely sharp spine on the tip that can penetrate through your entire body, stopping only if it encounters a bone. These plants were the most dangerous for any horse rider. Falling onto an agave plant from above was certain impalement. Cacti, and other desert plants do not have that kind of danger. While you can get infections from getting poked by multiple spines, the spines generally only inflict painful wounds that can be easily treated once you find a good medic. (The only exception to this is the Saguaro. That large cactus has been the means of many people's death due to crushing because of the shear weight of it, usually because of them stupidly doing something like chopping one down, or running into one with a vehicle.) Puncture of your heart, lungs, or other vital organs by an agave leaf is not so easy to treat.

As I was growing up, I found that there were 3 kinds of people who grew agave. The first was the newcomer who wasn't aware of how really dangerous agave plants are to have around. They would grow them but after being poked seriously a few times, they often would dig them out and plant a less dangerous species like a true cactus or desert tree or give up on spiny desert foliage because of how easily one can be injured by most of them. The second kind, grew them much as I did to create a space of true desert beauty in their garden spaces. They would often place them around other prickly desert plants and keep them where they could be observed safely. The third are the kind who grow them to purposefully injure those who would trespass. There is a large group of people who fit in the third category in the desert southwest. That, to me, is evil.

I have a love for all plants, but I will not keep this one. Once I have revived it and been able to get it established, I will find someone who fits the second category and give it to them. I do not like to be associated with the third group and so will not keep agaves around my neighborhood, family, nor friends.
Posted by Sardior at 9:40 AM 1 comment: 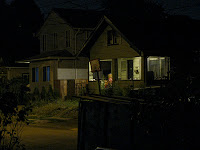 
I was looking down the street one night and felt like something was there. There was nothing that I could see, but I kept standing there wondering what I was missing. 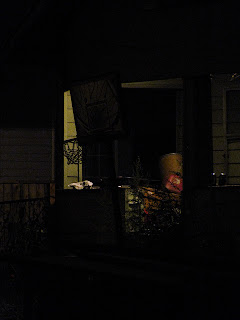 Donna came out without saying anything, looked down the road where I was looking and then said,
"That house has gremlins."
"Gremlins?" I queried.
"Or trolls."
"Ah, Trolls. I see them now."
Posted by Sardior at 9:38 AM 1 comment:

Socialism - What Has Socialism Taken From You?

What have socialists taken away from you? Please tell me. I see nothing but gives, not takes.
Capitalists would deny you all of the above if you weren't one of the 'god blessed' rich ones. This has been the class war since the signing of the Magna Carta. Why should we, who create the wealth for the obscenely rich bastards, not receive anything for our work... That is what socialism is all about.
It is always baffling to me when I hear so called Christians railing against Socialism when those are the very principles that supposedly Jesus Christ taught. One really big WTF!
Most people are totally misinformed by the capitalists of this country that have been using the propaganda machines for a very long time. Do some non-capitalist reading... which isn't anything you will hear out of a Democrat either... they too are capitalists. When Calvin started his religious teachings, that is when the capitalist propaganda began. A good starting book would be "Escape From Freedom" by Erich Fromm.
Puritans and many of the other religious rogues that escaped from Europe are philosophically descended from Calvin. Mormonism is Calvinism dressed up in an American flag. Calvinism was a persecuted religion because of its intolerance of other peoples' beliefs and the absolute cruelty they dealt to their believers who strayed, kind of like Islam. Remember, it was the Puritans (Pilgrims) who had the Salem Witch Trials.
Many are in conflict with their beliefs and actions if they cannot support the ideals of what the socialists are trying to achieve. Socialism is the interim step between what we are choking and dying in right now and the Zeitgeist Movement. It begins to place the importance on sustainable industries and human resources. It denigrates the importance of hierarchy and elevates the individuals' contributions.
Capitalists use the law to devour small businesses. In a truly socialist society, the owners of what we now have as large corporations would be the workers. We would not have any 'ceo' getting paid an obscene wage with boners on top of that. (yes, that was on purpose ;-) Small businesses would thrive because the large corporations would be nixed out of making decisions that crush small businesses. There would be no more lobbying on behalf of large corporations... they would no longer exist. Because of the influence of the United States (and other imperialist countries, ie: France, England) around the world, crushing any attempts to get rid of corporate power, we have never seen a true socialist state. It has never really existed except in isolated instances where labor unions have gone against the big powers and prevailed (early 20th century in the U.S.), and in tribal communities untouched by modern civilization.

So this brings me back to my question... What have the socialists taken from you? It has been fear mongering by the right wing capitalists (often using Calvinist religions to support this fallacious belief) that has kept us from even thinking about anything but money and how to get it, and accepting that we must have done something wrong if we aren't 'successful' capitalists.
Posted by Sardior at 8:18 AM 2 comments: