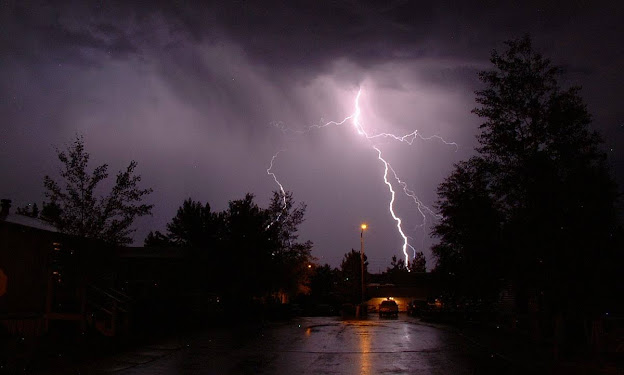 August 24, 2004 It was a dark and stormy night. LOL The lightning was magnificent. I was lucky and caught several flashes. This was probably the most dramatic shot of the evening.
Posted by Sardior at 12:43 AM No comments: 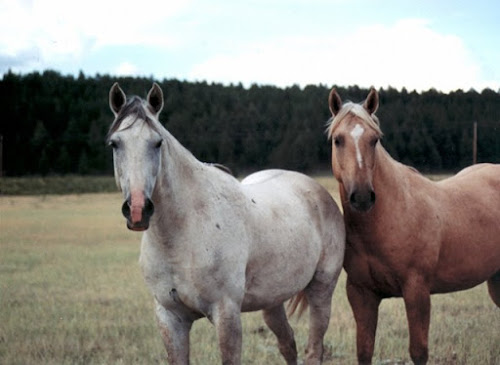 We were out shooting at Roger’s Lake, a dry lake (usually) hoping to get some good sunset photos over the San Francisco Peaks when in the distance we saw some horses. At first they were shying away from us. I had been going out to Roger’s Lake for photos for some time and had never seen horses there so I wondered if they were wild ones passing through. I made a whistle noise and suddenly they were right by us. I started shooting, but soon was defending my tripod from them trying to munch on it. I think they were asking why I didn’t have any goodies for them. If I had known, or even suspected, I would have brought some carrots.

After a bit I heard a noise in the distance around where the homes dotted the tree line and the horses took off running towards home.

Posted by Sardior at 1:54 PM No comments: